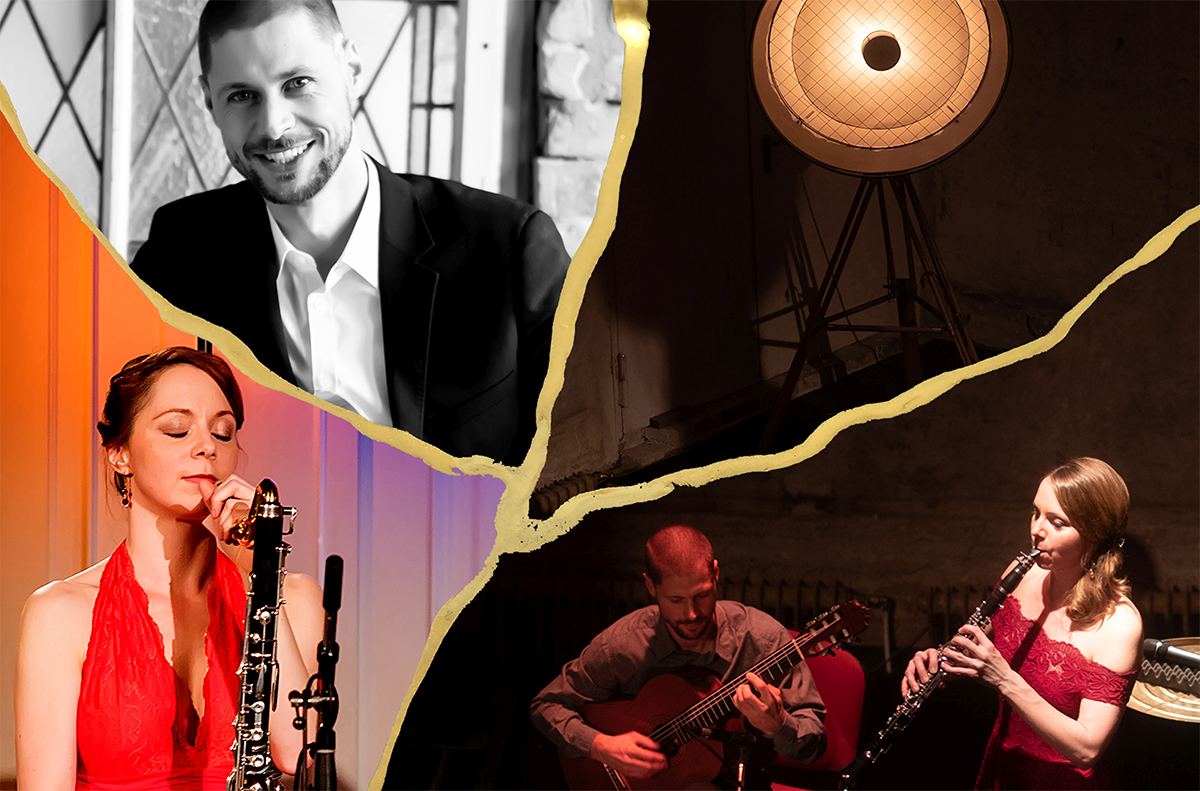 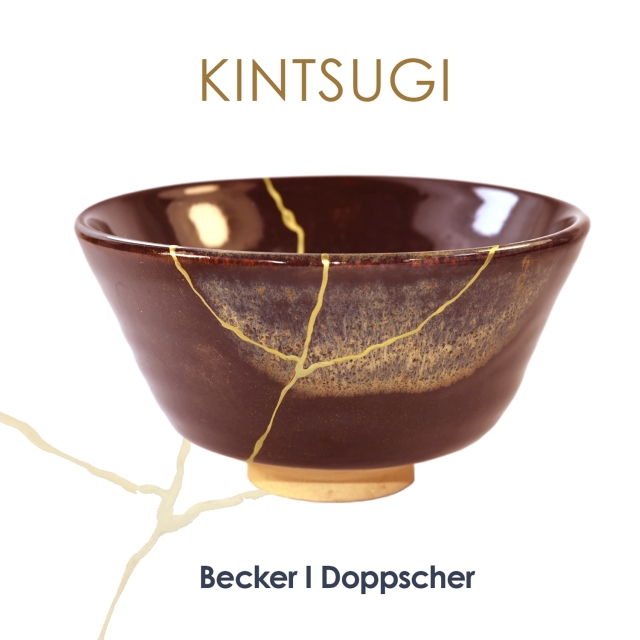 After a successful crowdfunding campaign Becker | Doppscher now present their first joint album “KINTSUGI”: With their own compositions and selected new arrangements of well-known songs, they indulge in the humorous sadness of klezmer, a music that has seen everything in life with lamentation and longing, forgiveness and hope. Mixed with the improvisational joy of jazz and the playful wickedness of tango, they create a multi-faceted overall soundscape. They are inspired by Japanese KINTSUGI artists who use gold to mend broken pieces. Becker | Doppscher remind us of the value of diversity – and of the unity that can be found in the combination of apparent opposites: Because every rupture, every scar is an experience that can be worth its weight in gold – if one is brave enough not to hide but to express it. This is the way Becker | Doppscher consciously and consistently go. The result is musical magic: Sometimes both play wild and free and unrestrained, only to immediately weave soft, filigree sounds into the moment. Always on the trail of exactly the right melody that flows from soul to soul like a golden band.

Becker | Doppscher earned their reputation as “one of Berlin’s finest examples of musical talent” (German World Magazine) at international concerts, e.g. for the tourism portal visitBerlin and the La-Berlin sister city committee in Los Angeles. Further performances led her to the German Bundestag and the US Embassy in Berlin, to the Jewish Weeks Leipzig as well as to Tango Milongas and full moon concerts from Rügen to Bad Schandau.

Becker | Doppscher 2016 first met as part of Beatrix Becker’s heart project “Bridges of Music”: For some years now, “Das Berliner Fräuleinwunder” (Süddeutsche Zeitung) has been engaged in international understanding with the means of music. After CD productions in Argentina and Switzerland she started a tour from New York via London to Berlin and Istanbul. In Israel she had the great pleasure of performing with the Klezmer icon Giora Feidman, on whose current CD “Klezmer Bridges” one of her compositions can also be heard. The fine longing of her clarinet playing and the distinctive sound of her bass clarinet, which she has formed with the formation Bassa on countless stages in Germany and abroad, are also incorporated into her concerts as a pianist in addition to her duo work. Since 2018 a selection of her compositions has been published by Friedrich Hofmeister Music Publisher.

Benjamin Doppscher accompanies Beatrix Becker congenially with light-footed groove, polyphonic playing and cheerfully calm alertness. As an experienced jazz musician, who also loves the classical guitar, he accompanied soloists such as the New York singer Rita Louey Moss and played among others in the supporting program of Bobby Kimball (Toto). In 2009 he spent a year in northern Sweden in search of a new outlook. There he played numerous concerts along the mountain trails of Lapland and was on stage with top musicians of the European jazz scene such as the Tommy Lakso Quartet and the Dutch bassist Hanz De Waard. With his solo programme of jazz standards, original compositions and classical guitar works, he has already been heard supporting Ulrich Hofmeier’s Premier Swingtett. In 2018 he published a music-theoretical workbook in three volumes.