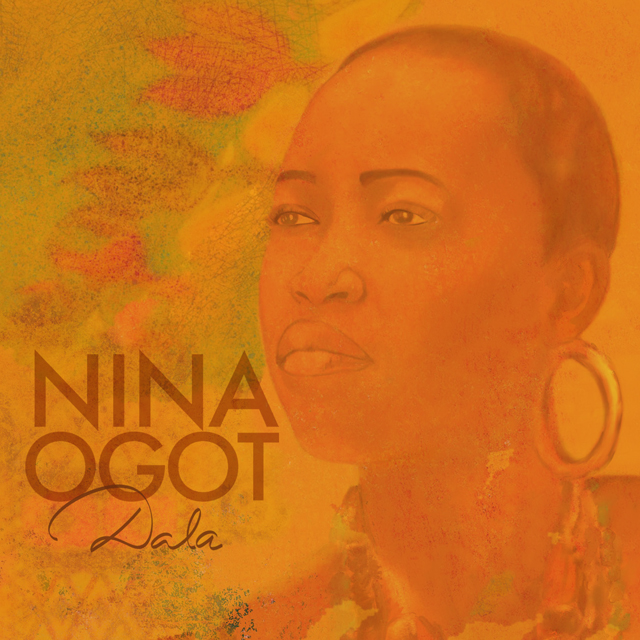 Nina Ogot is a singer, songwriter and guitarist. Born, bred and based in the capital city of Nairobi, her compositions are a reflection of her Luo origins and that of the other major tribes of Kenya. The songstress infuses Western influences into her songs to create a new melodic contemporary sound that represents the current traditionally diverse yet cosmopolitan Kenya. The musician makes an important contribution in preserving this evolving dynamic Kenyan culture by keeping it lively and relevant through her music.

The songbird jump-started her career with her soulful acoustic album “Ninairobi” in 2009, followed by two single releases of the Afro-pop remixes to her songs “Wololo” and “Aheri” two years later. In 2014, a collaborative album with Kenyan contemporary Benga musician, Winyo, was released. This record titled “Yote Yote” has acted as a stepping stone in Nina Ogot’s career and her fans have embraced her as a versatile musician who has the rare agility and skill to incorporate both tradition and modernity into her musical expression.

For more than a decade, the vocalist and guitarist has performed as a trio band until recently in 2018 when a 13 piece band lineup was formed for an event in Cologne-Germany dubbed “Jambo Day” by the Treasures of Kenya Initiative. This is a nonprofit trust based in Kenya and Germany dedicated to the conservation of Kenya’s natural and cultural heritage. Together, the new team recorded Nina Ogot’s third album “Dala” in 2019, followed by a series of performances in both countries.

Nina Ogot mostly sings in Kiswahili and Dholuo. Whether or not you understand a word in her songs, her warm expressive voice transports you into an exotic world far beyond the restrictive borders of language. Her soulful sound, unforgettable melodies and delightful rhythms usher you into a foreign universe that promptly begins to feel comfortable and familiar. As a composer, she succeeds in translating her experiences into notes and lyrics that speak to listeners in many parts of the world.

In 2020, Nina Ogot is scheduled to perform in Kenya as well as at some renowned World Music festivals such as Wurtzburg-Germany and Winterthur-Switzerland. Her trio ensemble will also continue to showcase internationally.

The Kalasha 2011 Award winner for Best Original Score has braced international stages including: Afro-Asia Festival in Kerala-India, The Bayimba Festival in Kampala-Uganda, The Moshito Festival in Johannesburg-South Africa. She joined the OneBeat musical and cultural exchange program where she utilized the American platform to advocate for the plight of the Kenyan street children. Her efforts – together with the Kuruka Maisha Foundation – were awarded with the prestigious American National Arts and Humanities Youth Program Awards-NASAA, a project initiated by former America’s First Lady Michelle Obama.

Alongside her musical career, Nina Ogot is known nationally as an actress and former presenter of one of Kenya’s most popular television shows. She is also a former radio host of a cultural show aired on Radio France International-RFI.